Hyrule Warriors - Age of Calamity is the both the next entry in the Hyrule Warriors series, and a prequel to 2016’s Breath of the Wild. It takes players back 100 years ago before Link was the champion, and in the midst of the war with Calamity Ganon. 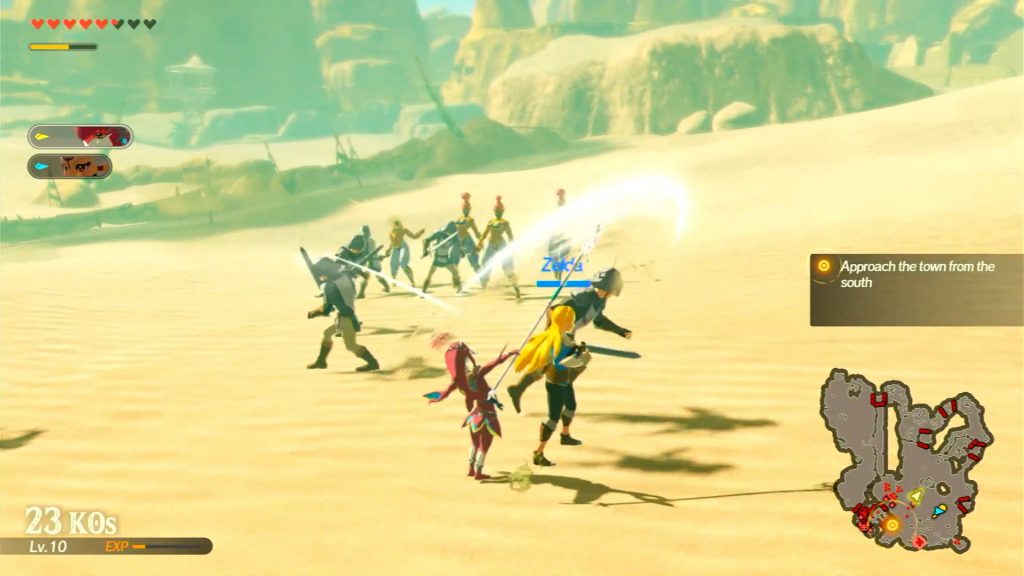 I haven’t played the original Hyrule Warriors game but I am a seasoned Warriors-like player. I’ve played the Bleach - Soul Resurrections, Dynasty Warriors, Fire Emblem Warriors, Dynasty Warriors - Gundam and One Piece - Pirate Warriors games. I know what to expect. Unlike most of those, this game while definitely taking the game-play of a small team against many foes, this game isn’t a crossover. It consists so far of at least of the original champions / guardian beast pilots and other characters that appeared during flashbacks in The Legend of Zelda - Breath of the Wild.

Game play is much like those other titles. You have your strong and weak attacks, and can combine them for combos. You also have access to the many abilities of the Sheika slate, which are much more varied and powerful than they were in Breath of the Wild. It makes it feel like the power of the slate has weakened by the time Breath of the Wild takes place. Each character has variations in their own main weapons and their use of the slate. Impa, for example, fights like a ninja (think anime ninja like in Naruto) with spell cards and hand signs while Mipha fights with her trident and has various water based attacks. As a bonus, Mipha’s attacks also slightly heal nearby allies.

Rather than a huge over-world to explore, there is a huge map screen - the same map that is featured in Breath of the Wild. It has locations to select and explore. Unlike in that game though, this is before everything is destroyed by Calamity Ganon and his minions, so the map has many details to discover.

Graphics are based on Breath of the Wild which means they are pretty and somewhat cell-shaded. Framerate does dip however at times but nothing that is unplayable.

There are a few interesting story details such as a time traveling Guardian (this is in the demo) and the game play is fun. It’s a Warriors-game, no doubt but it has enough Zelda-touches to feel fresh.

I am looking forward to seeing how this continues and even more so how it impacts Breath of the Wild 2.